Mom found her password for Photoshop so we got it installed last night (see below Marv’s Signature if you want to read her tech rant).

I am HAPPY we can get back to Caturday Art!

This was actually very simple.

First we opened the picture in Photoshop.

We blurred the background We then copied the image onto 3 different layers

We clicked on the bottom layer and opened Filter > Sketch > Graphic pen and had the stroke direction go left. 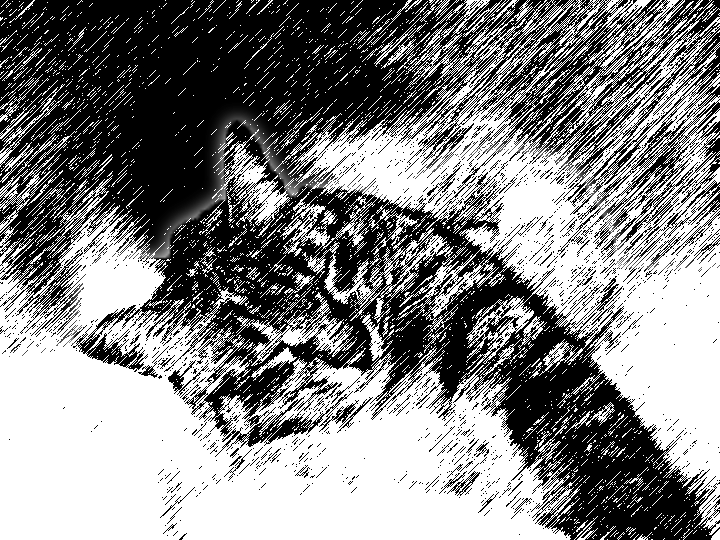 We then clicked on the middle layer and opened Filter > Sketch > Graphic pen and had the stroke direction go right. Then we changed the opacity to 50% and chose Multiply.

For the final layer, We chose Filter > Brush strokes and Ink Outline.

Next we played around with the opacity, the saturation, the contrast and the brightness to come up with our final sketch! 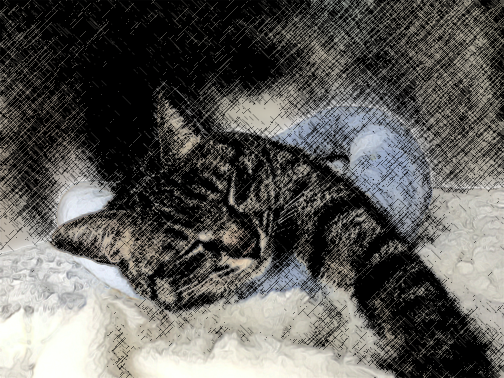 We found the picture needed to be a lower resolution than normal. We made the image 7″ Wide and 72 dpi to get the sketch effect we wanted. When we did it on the high resolution image right out of the camera it did not work. You could not see the cross-hatching.

If you try it, we would LOVE to see it!

To see all the other great Animal Art,
click on the link to go to Athena’s Blog who hosts Artsy Caturday!

It is nice to be able to use Photoshop properly again. We were having difficulties with it on the old laptop…the last few Windows 10 upgrades have caused us loads of problems – like our laptop telling us that our Photoshop was “Not Compatible with Windows 10!” This is irking. First, the laptop is only about 4 and a half years old. It is a touch screen and came with Windows 8. It auto-updated to Windows 8.1 and then last year, to Windows 10. I did NOT want the updates as I was sure I would have difficulties. The first generation touch screens were AWFUL. But Microsoft pushed them out without consent (OK It is in one of the 489, or there abouts page of consent). Alas, you can’t opt out if you had Windows 8,1.

We sure wish that these large companies did not try to take over our lives! And think they know what we need or want. They did not exist 40 years ago yet Google, Facebook, Amazon, Apple and Microsoft are among the most powerful monopolies ever. 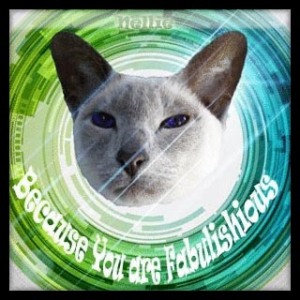 I was interviewed on MouseBreath!